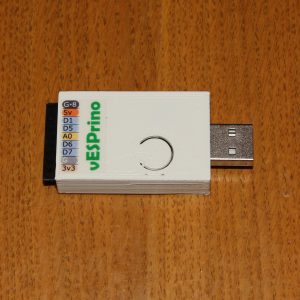 Who is it for?

I am working as Software Developer since 15 years, making things since 2 years and participating in a few Home Automation communities. So naturally the needs that vESPrino address come from those domains 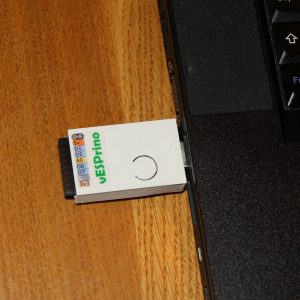 Over the past year as part of other projects i’ve been doing, i’ve hacked a custom Firmware with the following features:

There is also a nice Chrome-based App that can find a vESPrino connected to the serial port and configure it visually.

This is the default firmware that all devices will get, and that can be flashed later. In fact it is open-source so it can be flashed to any ESP8266-based board. Connecting a button to GPIO0, and WS2812B LED to GPIO2 will enable the vESPrino features also there

While developing different hardware modules in the last years i realized that the perfect board (for me 🙂 ) has to have few core features. I couldn’t find them in any existing board (Sold at a reasonable price). So this is why i went the extra mile and created my dream board (I hope you’ll like it too 🙂 ). The most important features are: 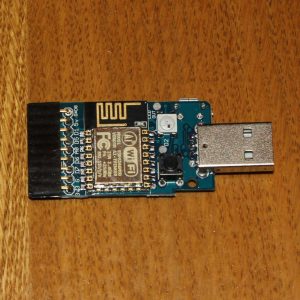 I believe final prototypes have to be put in an enclosure and enjoy their well deserved fame, helps a lot in increasing the WAF of DIY projects This is why I’ve spent countless nights, early mornings and weekends to design, print, test (, repeat) enclosures for my devices. Strangely enough, I still think this is fun even if this takes a lot of my spare time.

For everybody else that  would like to have his quality time spent for other hobbies, i offer few things: 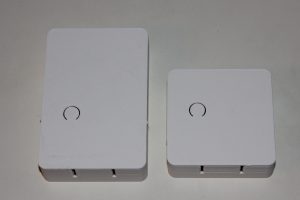 Playing with a bare vESPrino can be very entertaining, but as “appetite comes with eating”, i would like to use the opportunity to offer you some fine side dishes, to make your experience awesome.

Connecting sensors to an ESP8266 can be a daunting task. Some libraries work, some have glitches, some have limitations and for most sensors there are several libraries. To get you through this potentially frustrating experience i’ve done few things:

Instead of connecting raw PCBs as sensors, i also introduced an addon family – “vESPrino Cookies”. Here is how they look like. In a further post i will give more details about them. 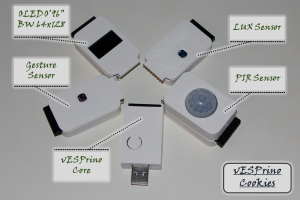 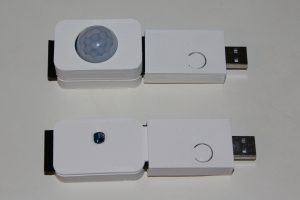 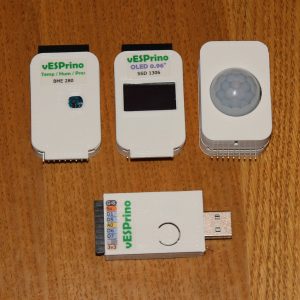 One thought on “vESPrino Introduction”